​Guest speakers are invited to join us and present on a wide variety of informative topics. Speakers are selected based on input from our members and from our speaker chair. Our Speaker Chair also interacts with other PROBUS Clubs in the Durham Region in order to share and gain knowledge of other clubs speaker experiences. 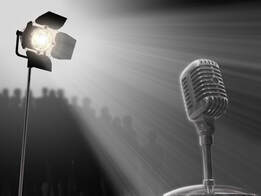 Non members can be invited by a member to attend a monthly meeting to hear a speaker. However, this can only happen once. The visitor will then be encouraged to join the club to hear a different speaker every month.

​MARCH
Professor Mark Rector - Professor Rector is recognized as a passionate and entertaining speaker. He will be speaking about his book 'OH CANADA our home and Inventive Land'.
FEBRUARY
Tammy Dean - Downsizing and decluttering diva. She helps seniors and their families plan, organize or manage a move every step of the way whether it be for relocating, aging in place or decluttering their existing home.
JANUARY
A Speaker from Community Care Durham will be doing a presentation on what services the agency offers along with discussing the process of getting into a long term facility among other things.

NOVEMBER
Daniel Aonso - Speaking on 'The Legend of White Christmas'
OCTOBER
Adam Shoults - Speaking on his journey alone across Canada's Arctic
SEPTEMBER
Sue Stephenson - The Guru of Laughter. Speaking on 'Laugh More. Worry Less'
AUGUST
Lianne Harris - Speaking on 'A View of Canadian Indigenous Life (Pre-European Contact)
​JULY
Dr. Mike Daley - Mike will be talking about the history of the Beatles
​​JUNE
David T. Chapman - David will be talking to us about his career taking photographs and videos of weather phenomena like lightning.
​April
Frank Ferrigine (aka Frankie Flowers) will be joining us at our April meeting to talk about gardening tips.
March
Lianne Harris - Speaking on the 'Luck of the Irish' in full costume
February
Kevin Donovan - Chief Investigative Reporter for the Toronto Star, returns to bring us "The Billionaire Murders", The Mysterious Deaths of Honey and Barry Sherman (Early orders for his book will be taken for only $20.00)
January
Dr. Amy Barron - "Digger, Teacher, Soldier, Spy" about archaeologists as spies in WW1 and WW2
Speaker Schedule 2020

November
​Sue and David Williams - "Ready to come about", Sailing the North Atlantic (Books were given for a draw at our meeting). (Isabel Carter and Sandra Lawson were the lucky winners of the books at our Zoom meeting).
October
Gord Dowsley - The History of "Smiles" via ZOOM
September
​​JOHN HENRY, Regional Chair and CEO of the Region of Durham - VIA ZOOM
August -  Cancelled due to Pandemic
TED BARRIS, Famous military historian returns with his bestseller, 'RUSH TO DANGER : MEDICS IN THE LINE OF FIRE'.
July - Cancelled due to Pandemic​
CHRISTINE ALLUM, Ontario Securities Commission, Senior Advisor, Investor Engagement and Stakeholder Partnerships, will present her important seminar on 'Protecting Your Money'. ​
June - Cancelled due to Pandemic​
SUE WILLIAMS will present part of a memoir published in May 2019; 'Ready To Come About', about her improbable year-long adventure on the high seas.
​May -  Cancelled due to Pandemic​
ANTONY ANDERSON, Writer and Producer for CBC Radio, the Discovery Channel, Global Television and TVOntario, will present 'THE DIPLOMAT - Lester Pearson and the Suez Crisis'
April - Cancelled due to Pandemic​
DR. AMY BARRON, who dazzled us with 'Agatha, Archaeology and Alzheimer' returns to present her new program; 'Digger, Teacher, Soldier, Spy' about archaeologists as spies in WWI and WWII.
March - Cancelled due to Pandemic​
KEVIN DONOVAN, Chief Investigative Reporter for the Toronto Star, returns to bring us 'The Billionaire Murders:' The Mysterious Deaths of Barry and Honey Sherman.
February
​LIANNE HARRIS, History, Culture and Social Studies Resource Specialist Consultant with the Toronto Board of Education and curriculum advisor for Upper Canada College returns to delight us with a presentation on 'The Roaring 20's'.﻿​
January
Janet McGhee, Chartered Professional Accountant and tax expert
Speakers Schedule 2019
November
Bev Foster - An award-winning and experienced performer, songwriter, music educator, and Founder, Executive Director, of the Room 217 Foundation, Bev highlighted the life-changing power of "Care through Music".
​October
ED ADACH  - "Confessions of a Forensic Detective". A real life crime-fighter with 26 years of forensic experience with Toronto Police Forensic Services.
September
​ELLIN BESSNER - Professor of Journalism, Centennial College, dazzled us with a presentation based on her excellent new book; "Double Threat", about Canadian Jews, the Military, and WW11.
August
David Phillips, dynamic, entertaining Senior Climatologist for Environment Canada and spokesperson for the Meteorological Service of Canada.
July
Vern Thibedeau - Former Corrections Officer/Guard, Vern Thibedeau, shared what is was like to work in Canadian prisons for 26 years, and Kingston Penitentiary in particular
June
Lianne Harris, a lively Social Studies Resource Specialist with Toronto District School Board, and Curriculum Advisor for Upper Canada College. Lianne brough us 'Royal Scandals'
May
Martha Casson joined us with one of her housemates from the now famous Port Perry 'Golden Girls'. Learned how four women planned and pooled their resources to live comfortably together for the rest of their lives.
​April
Bubbly Danielle Manning, Outreach Officer, Strategic Stakeholder Development, Archives of Ontario presented 'Lights, Action, Archives' featuring humorous old 'health' films and others.
March
DR. Lynne Kennette presented her wonderful program; "Memory - Abilities and Failings".
February
Peter Jennings, 'Shark Assault: An Amazing Story of Survival'
January
Ted Barris, Award-winning author, journalist and broadcaster, Ted Barris, returned to amaze us with 'Dam Busters: Canadian Airmen and the Secret Raid Against Nazi Germany'. 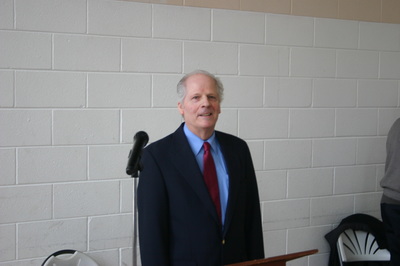 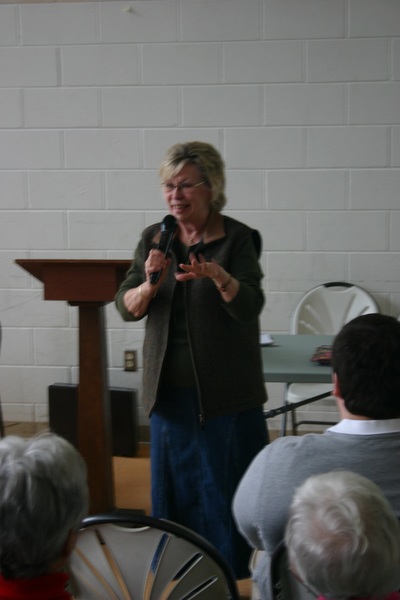 Marjorie Mason - Getting your Garden ready for Spring April 22 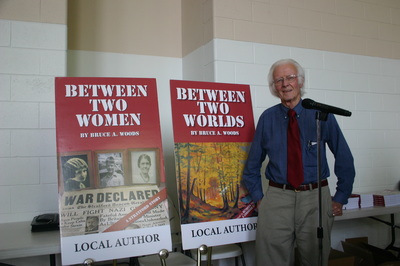